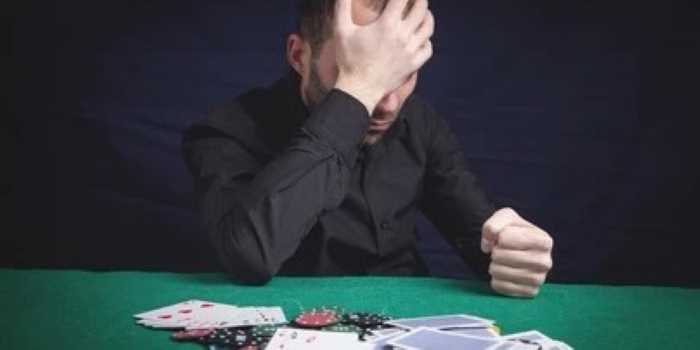 That’s because in the vast majority of states, you have to be at least 21 to participate in any kind of domestic betting market aside from lotteries or charitable gambling amusements (i.e. bingo, raffles, etc.).

Whether you want to play casino games, hit the poker tables, or place wagers on sports, you’re usually out of luck if you’re under 21.

And even when states start offering online options, the age limit almost always correlates to the existing gambling age minimums on state books.

Occasionally, a state will offer sports betting to players at 18 and up (as is the case with Wyoming’s new domestic sports betting law), but most of the time, these state-by-state betting laws don’t change your outlook one way or another if you’re not yet 21 years old.

But one thing that almost never happens when states expand their gambling laws is for them to actually reduce your existing legal opportunities to play locally.

Unfortunately, that could very well happen in Florida if a new proposal from Senate President Wilton Simpson comes to pass.

According to the Florida Politics website, Simpson is eager to call a special session with the goal of establishing a new, reworded tribal compact to replace the 2010 agreement with the Seminole that the state violated back in 2016.

The violation in question is that – against the terms of the compact with the Seminole Tribe – the state allowed domestic card rooms and dog track “racino” venues to host real-money poker games.

Because the hosting venues didn’t technically bank the card games themselves, the state felt this loophole was adequate to clear it of any compact violations.

So, what’s the loophole?

The Florida card rooms in question use private third-party contractors to act as the “bank,” whereby employees of said contractors are paid to sit at the tables and bet big, guaranteeing that there’s enough cash in the pot to attract gamblers.

Then, those contractors pay the card rooms a fee.

This isn’t a house take, per se, but – according to federal district judge Robert Hinkle in his November 9, 2016, ruling – the violation was clear, and the Seminole compact with the state of Florida was annulled.

That meant that the state was no longer entitled to the $350 million in annual slot machine revenue shares that the Seminole had been paying, and by 2018, the tribe exercised its rights and stopped paying altogether.

Obviously, the goal for FL is to get its hands back into that pot.

But to do so, those card rooms will have to go.

And because those card rooms are available to all FL residents and visitors at 18 and up, that seems like a real problem.

Fortunately, it’s not actually a problem, because players aged 18 and older can legally play poker online at the best 18+ online casino sites that operate outside of the United States.

These venues have been taking FL and US residents for years, and not only do they offer 18+ online poker action (including massive tournaments with six- and seven-figure payouts), they’ve also got hundreds of 18+ online casino games, live dealer casino tables with real-time A/V streaming access, and sportsbooks with thousands of daily odds and lines on all the most popular mainstream and niche sports worldwide.

Still, even with all these great options, it’s disappointing to see that the writing’s on the wall when it comes to local poker for 18-year-old players in Florida.

On the other hand, getting rid of these card rooms may not be a sure bet, either.

In exchange for dropping the issue, the state could offer the Seminole the legal ability to host roulette and craps tables in their casinos, which is something FL gambling laws currently forbid.

That could be a compelling tradeoff for the tribe.

Of course, FL also wants to legalize sports betting domestically, and the state is seeking to open that market to commercial competition, which is something the Seminole Tribe opposes.

It may be that the tribe gives Florida lawmakers two options:

In exchange for exclusive rights to offer roulette and craps, the Seminole might let the state continue to allow these card rooms to operate or let the state commercialize sports betting to some degree.

If it’s a choice between one or the other, the state will obviously go with the sports betting.

But again, if you want to avoid all the drama and all the uncertainty, it’s much easier – and far more convenient besides – to simply join an overseas all-in-one betting site like Bovada LV or BetOnline AG and be done with it.

Because in the end, waiting on politicians to get anything done in a timely or beneficial manner is always a losing proposition.