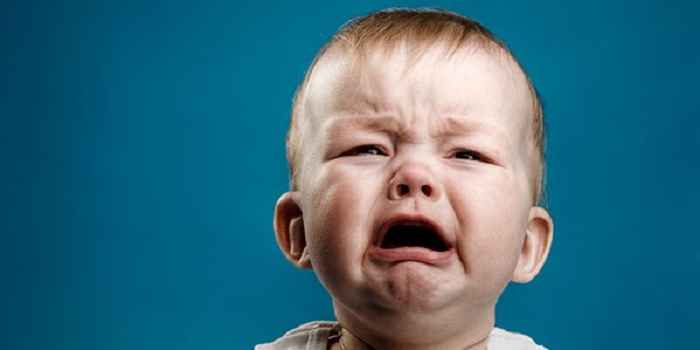 The New York Times has published an interesting story about one online gambler’s experiences with data security and player profiling.

Allegedly, UK gambling powerhouse Sky Bet – the biggest operator in the colonies (take that, “Great” Britain!) – used advanced data mining operations to target “Gregg” with various marketing materials to entice him to pony up and rip himself off.

After walking away from online gambling following a 9-month stretch in 2018 that saw him lose $15,000, Gregg claims that he started getting suspicious emails from Sky Bet.

Per Adam Satariano of the NYT:

“Records show that Sky Bet had what amounted to a dossier of information about Gregg. The company, or one of the data providers it had hired to collect information about users, had access to banking records, mortgage details, location coordinates, and an intimate portrait of his habits wagering on slots and soccer matches.

After he stopped gambling, Sky Bet’s data-profiling software labeled him a customer to ‘win back.’ He received emails like one promoting a chance to win more than $40,000 by playing slots, after marketing software flagged that he was likely to open them. A predictive model even estimated how much he would be worth if he started gambling again: about $1,500.”

On the surface, that seems scummy and nefarious.

Could it be that Sky Bet is taking advantage of problem gamblers in a way that contravenes any semblance of good taste and, possibly, the law itself?

And from a PR perspective, the framing’s even worse.

That’s because online gambling companies aren’t considered to be in the same league as massive tech brands like Google, Amazon, Facebook, and others when it comes to data harvesting.

Instead, they’re viewed more like bog-standard service providers, there to let you gamble as you wish and pay you when you win.

Why would they need your data?

But is what happened to Gregg really unexpected, bad, or even intentionally manipulative?

The evidence – and common sense – indicates that no, it isn’t.

Instead, it’s run-of-the-mill, par-for-the-course stuff that all online businesses do.

Still, the NYT attempts to spin the facts to suit a narrative that has no basis in reality:

“As gambling apps explode in popularity around the world, the documents show how one of the gambling industry’s most popular apps has adopted some of the internet’s most invasive tracking and profiling techniques. Instead of using data to identify and help problem gamblers like Gregg, critics of the industry said, information is used to keep players hooked.”

Look, we’re all for data security and online privacy here at Casinos18. The 18 and up offshore gambling sites we play with have specific policies against sharing or selling private user data. They don’t have geofencing restrictions, and they operate more or less under the banner of caveat emptor.

We prefer that, certainly.

Further, we’ve never seen any evidence that these sites have harvested our most intimate details to target us, nor have we heard about this happening to any of the players on the community boards we frequent.

But one look at Sky Bet’s privacy policy explains away all of Gregg’s pathetic rejection of personal accountability and agency.

Again, per the Times:

“In Sky Bet’s privacy policy, which runs over 10,000 words, the company says it collects personal information including browsing history, spending, demographic data and behavioral information, such as the sports a person likes to bet on. The data, which can be shared across at least 12 gambling services owned by Flutter, is used for marketing and personalization, while financial information is collected for money-laundering and fraud protection…”

Nobody’s smart enough to read or understand anything with that many words in it!

Of course, if you’ve ever looked at the privacy policy or TOS for, say, your iPhone or Android device – or even a free-to-play video game on your Xbox – you’ll see that it runs well past the 10,000-word threshold.

The idea that the document is so long that it must be some kind of loophole-filled legalese designed to victimize Sky Bet’s customers (which is the only reason this Times scribe would include the aside to begin with) is patently absurd.

Legal disclosures are long because they cover every aspect of the many laws and mandates with which they comply. A lengthy TOS speaks more to Sky Bet’s integrity than it does the New York Times’. Or Gregg’s, for that matter.

Moving on, the things Sky Bet tracks are mundane.

Any online service you join uses browser cookies and activity tracking to customize your experience.

Sky Bet knows what Gregg likes to bet on?

What a freaking outrage!

Sure, the sole reason a betting site exists is to take and record your bets, but they shouldn’t be allowed to remember the sports you bet on.

That’s a bridge too far!

Of course, most bettors don’t have a problem with their mobile betting apps cutting out the fluff and directing them to their gambling markets of choice.

Most bettors, given a choice, would probably demand this convenience.

That the service itself is also able to increase its revenue through offering said convenience is irrelevant.

Pizza Hut wouldn’t be in business if they didn’t deliver pizzas, and you wouldn’t use the Pizza Hut app if it didn’t save your delivery destination for next time.

Everything you do on the Internet – every page you visit and every item you buy – is tracked.

Ever see an online ad that’s actually relevant to your interests?

That’s not a coincidence, and it’s not particularly controversial. That’s how Google became Google. It’s how literally all modern advertising works.

Sky Bet has done absolutely nothing unusual or even unethical, here. It’s broken no laws, yet this responsibility-deflecting doofus – a guy who’d rather blow 15 grand on gambling than pay off his actual real-world debts – wants to hold the company accountable for…sending him email advertisements?

Even worse, per Gregg and his sycophantic cheerleaders, is that Sky Bet has had the unmitigated gall to log Gregg’s financial data to prevent money laundering and fraud.

Can you believe that?

But what about that opening bit about how Sky Bet tracks Gregg’s “location coordinates”? Isn’t that a violation of his privacy?

Again, Sky Bet is mandated by law to track all player locations.

That’s because online gambling isn’t legal everywhere, and domestic UK operators – just like domestic US operators – must use geofencing software to ensure that you’re betting from an approved location.

While trusted offshore betting sites don’t have to use geofencing software of this sort to legally take your business, they would if they had to.

They’d even tell you about it, just like domestic operators do.

Try it for yourself: Head over to the App Store or Google Play store, download the BetMGM app, and launch it. If you’re not in a state where BetMGM is legally allowed to do business, you can’t play. The software won’t let you.

And the only way for online gambling operators to comply with government-mandated geofencing restrictions is to track your location with GPS.

The entire premise of Gregg’s pathetic complaint is total nonsense, and the fake news NYT giving it any credence whatsoever is even more asinine.

The reality of the situation is simple: Sky Bet is not invested any more heavily in tracking their customers than any other successful online service.

They have broken no laws, and they have no super-secret bunker filled to the brim with data scientists plugging away at how best to fleece morons like Gregg.

And why should they? Morons like Gregg fleece themselves.

Ultimately, while your data is definitely safer at legal offshore gambling sites, nothing Sky Bet has done should leave a bad taste in anyone’s mouth.

The real goal here, of course, is for this Gregg character to gin up sympathy for his self-created plight, and we’re not buying it.

Nowhere is Gregg reported to have utilized this purpose-built and easily-accessible feature of the service.

Gregg here also didn’t tap that little “unsubscribe” button at the bottom of those Sky Bet emails, nor did he ever flag the sender as spam so he’d never see the solicited (yes, solicited, as in opt-in) advertisements again.

Gregg is a loser.

It’s not because he’s a gambling addict. There’s nothing shameful about that, and there are numerous ways you can get help. But in order to get help, you need to accept your own responsibility in the matter. That’s the first step.

Gregg also isn’t a loser because he’s a bad gambler. Plenty of us are bad gamblers.

Gregg is a loser because instead of dealing with his personal issues in a reasonable way, he blamed a law-abiding service – a service that has done nothing wrong, unusual, or remotely unethical – for his own shortcomings as a functional human being.

Gregg is a loser because instead of righting his own ship and dealing with his own problems, he’s seeking absolution in the form a public pitch-forking of an innocent third party.

Gregg is a loser because in order to make himself feel like less of a loser, he needs you to feel sorry for him.

Gregg is a loser.