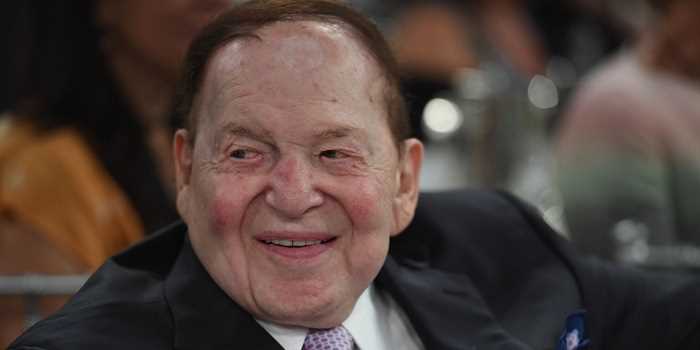 In most cultures, death is not something to be celebrated as such, and dancing on graves is always an activity that’s better left out of the public square.

So to be clear, that is not what we’re doing here.

However, today’s news that Sheldon Adelson, the 87-year-old billionaire casino magnate, has passed away represents the turning of a very important page in the world of online casino gambling for players of all ages.

Adelson, well-known throughout his life as a political megadonor, was the founder and chairman of the Las Vegas Sands Corporation, one of the largest global casino concerns.

But while his governmental interests were many, in recent years, Adelson’s biggest public-facing initiatives had to do with combating the rise in prominence of online casinos.

Adelson, with significant interests in retail brick-and-mortar gambling venues, was an outspoken opponent of the move to legalize online gambling – or iGaming – in the United States, pouring tens of millions of dollars into various lobbies each year to keep gambling more or less restricted to the physical space.

Specifically, to his physical space.

In Adelson’s mind, online casinos represented an existential threat to the business model he spent a lifetime cultivating.

With Adelson’s influence now gone (at least directly), there’s a good chance that more states will be able to embrace the ideology of online gambling.

There’s also a chance – albeit a substantially smaller one – that these states might also be emboldened to reduce the legal age to play online casino games from 21 to 18, particularly given that alcohol service and adult-oriented accommodations are non-existent in the online space.

Now, this is not to say that such changes will happen overnight.

Remember, only five states – DE, MI, NJ, PA, and WV – have active online casinos, and all of them require patrons to be at least 21 or older to sign up and play.

While a handful of other states are considering the domestic legalization of iGaming, such legislation is still likely several years out in most cases.

That said, Adelson’s outsize presence is no longer a factor, and with his personal connection to lobbying now a thing of the past, more state representatives could be freed up to expedite various online gambling initiatives.

Nevertheless, it is worth pointing out that even before Adelson’s passing, many states were already accelerating their reviews of the potentiality for online gambling as a sort of industrial safety net.

You only have to look at the massive brick-and-mortar casino closures nationwide during the height of the 2020 coronavirus outbreak to see why.

But the idea that the industry might soon return to normal has tempered advancement on this front in most cases. And, of course, Adelson played a large part in stymying such efforts from the outset.

Today, more than any time in a long while, the proliferation of domestic online casinos – as well as gambling venues legally opening access to players aged 18-20 – seems like much less of a pie-in-the-sky proposition.

Of course, whether or not any of that turns out to be the case very much remains to be seen.

In the meantime, regardless of whether or not your state picks up the pace and deals its residents in sooner rather than later, you can still safely and legally bet real money at the best 18 and up online casinos, sportsbooks, and poker rooms on the Internet.

These venues have all been around for years, and most of them accept residents from all US states (excepting New Jersey).

And though these are typically the only options available for 18-year-olds to legally gamble online, they’re actually the best options for players of any age to bet and win real money over the Internet.

Many sites even feature international 18-plus sportsbooks and racebooks so you can put money on all the major athletic events of the day, and you only need one account to access everything.

At the end of the day, even as states slowly advance towards an iGaming future, there’s no guarantee that such domestic sites would allow those under 21 years old to participate.

And there’s still no concrete timeline for when most players should expect domestic options to launch (if they don’t have them already).

But more than that, there’s also one cold, hard truth for those looking forward to local online gambling options:

They might never be as good as the sites that are already legally available internationally.

These operations have been in business for generations, they have far more gambling options as a matter of course, they offer much more valuable casino bonuses and betting promos than US-based venues ever will, and they also accept – and actually encourage the use of – Bitcoin and other cryptocurrencies.

You don’t have to worry about device-specific apps or updates, either. These brands’ offerings are literally plug-and-play.

We’re not sure domestic casinos will ever be able to truly compete.

We certainly hope they can, because more choice is always a good thing, but we have our doubts.

Plus, we can all already play online, besides.