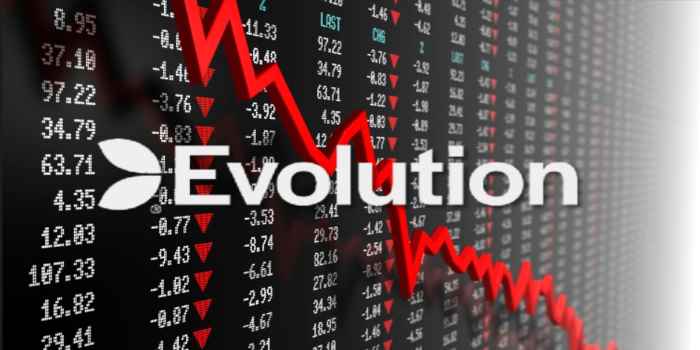 18+ online casino gaming is known to be a cutthroat industry, which makes it no surprise that software providers are always looking for ways to thin out the competition.

News this week read like a soap opera when Bloomberg reported that Evolution AB had been accused of allowing illegal online gambling in countries such as Singapore and Iran. The claims argue that the Swedish gaming giant violated US sanctions in doing so.

Casino Gets Hit With Complaints

The issue came to light after an anonymous gaming competitor sent a letter of complaint to the New Jersey Division of Gaming Enforcement.

Allegations in the letter state that Evolution AB was allowing its gaming software to be used by consumers in countries that outlaw gambling in its entirety. The gaming company was also accused of distributing its services to unlicensed third parties.

Proof of this malpractice is supposedly caught on video. Investigators used VPNs to access casino sites supported by Evolution AB. The letter claims that they were able to use these sites with full functionality, despite using web addresses located in restricted areas.

It is still unclear how much accountability Evolution AB must take in this situation. The company is unaffiliated with most of its clients, meaning it has no direct control or involvement with the consumer side of gaming.

Action has yet to be taken on this accusation, but the company may benefit from its protection as an overseas software provider.

Even so, the company works with several operators in the United States to provide online and mobile casino services. It seems that, because of their status as a gambling partner of the US, they can (and likely will) be held liable for breaking sanctions.

These accusations came down like a hammer. On Wednesday, Evolution AB’s market price had plummeted by a whopping $3 billion. But the company is maintaining its innocence. A spokesperson for the company said the following about Bloomberg’s article:

“We use all tools at our disposal to block play from certain countries, including all countries on sanction lists mentioned in the article…”

Despite Evolution AB’s claims, it will be up to the courts to decide whether to pursue this lawsuit. And given the severity of the allegations, such a suit could set legal precedents that change gambling laws in the US.

Whether or not this case moves forward, it reminds us to be diligent when selecting an online casino operator. Here at Casinos18, we have compiled all the resources we can to bring you the most up-to-date rankings and reports for online gambling services.

These sites are safe, secure, and available in almost every state. For more information, you can head over to our reviews tab in the top ribbon. It’s a great place to get started.