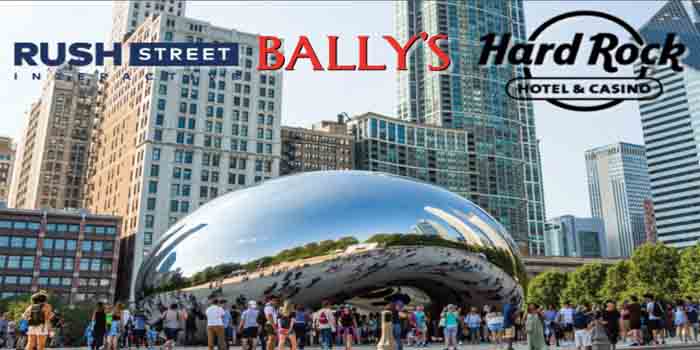 A 2019 gambling expansion bill may now see light as Chicago gets the gears moving towards a casino in the city. Governor J.B. Pritzker signed the landmark legislation, allowing for the construction of 6 new casinos, one of which would be placed in Chicago.

As a result of COVID-19, along with other hindrances, state and city officials have been slow to start licensing operations. However, recent news indicates that the city of Chicago is finally ready to welcome a new casino.

While Hard Rock, Bally’s, and Rivers each have the authority, experience, and finances to support a Chicago casino, the city can only elect one operator.

The mayor will be aided by the City Council and state Gaming Commission in making her decision. Even so, the decision lies solely in her hands. And the decision is going to come quickly.

Mayor Lightfoot continues to be prodded by media figures asking when her choice will be made. Breaking her silence, the mayor said that she would select a finalist sometime in the first quarter of 2022.

For Chicago gamblers, this means that casino operations will (hopefully) be live by 2023.

In addition to the new casino, Chicago has continued its gambling expansion and is moving to lift the ban on sports betting. However, the discussion has limited potential sportsbook locations to the state’s stadiums.

Other states/cities that have implemented sports betting laws worked hand-in-hand with casinos to secure a safe and successful rollout.

Nonetheless, Chicago lawmakers appear to be firm on this decision. As a result, the legislation has caught heat from some of the casino candidates.

Neil Bluhm of Rush Street Interactive (Rivers) is vocally pushing against the measure, claiming that stadium-based sports betting would harm business at the casino.

However, Rush Street has yet to be confirmed as the city’s casino operator. This fact, alone, falters Bluhm’s argument. But he’s not alone in these sentiments.

Chicago alderman Anthony Beale gave harsh criticisms on the sports betting measure, calling it “one of the worst pieces of [gambling] legislation” he had seen.

“[The legislation] could not be at a worse time, when we in this city are trying to get a casino, not knowing if … this could really turn one of these people off who could be one of our potential bidders from opening up a casino…” – Alderman Anthony Beale

It is unclear whether or not sports betting has a future in Chicago. Even so, a casino is absolutely in the cards.

If you live in Chicago and want to get in on the games before 2023, there are several online casinos available at your disposal.

Offshore casino sites are a safe and secure method of gambling. For some, it’s the only way to play. But if you’re unsure of how to get started, don’t worry! There’s plenty of resources on our site to get you set up with the right match.