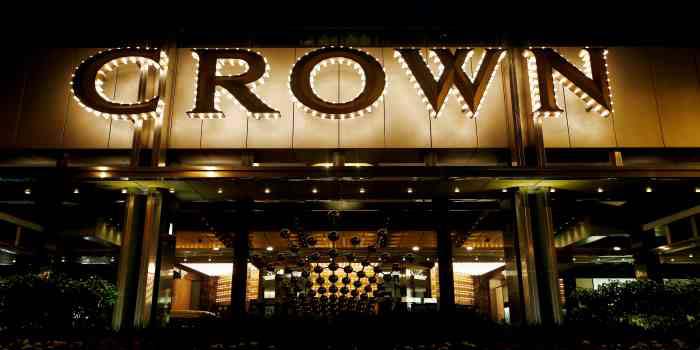 The casino industry in Australia is undertaking a massive overhaul as Crown Resorts, the nation’s largest entertainment group, begins to collapse. New revelations made in an investigation of Crown Resorts’ operations have exposed several illegalities occurring on its premises.

Crown Royal has been drowning in criminal probes since 2019, with whistleblowers calling out malpractice. Most recently, it was revealed that Crown knowingly aided and abetted a money-laundering scheme with an Australian entrepreneur Michael Gu.

Because of this ongoing behavior, Crown Resorts was subject to the suspension of their gambling licenses and was declared unfit to open their brand-new casino in Sydney.

In light of this situation, executives have responded by either scrambling to Crown’s defense or flat-out jumping ship.

For a moment, it seemed that Crown Resorts would be saved by a “Hail Mary.” Australia’s Star Entertainment extended a helping hand by offering to purchase Crown Resorts for USD$6.64 billion.

The deal would have benefitted both parties, as Crown desperately needs new oversight and Star would eliminate competition.

However, statements made to the inquiry on Tuesday affirmed that Crown was no longer fit to have a gambling license. The prosecutor added that they believed it could take upwards of two years for the entertainment group to earn back their gambling licenses.

While a decision on the matter is up to a federal judge, the remarks made were enough for Star Entertainment to pull out of its deal with Crown Resorts.

This move on Star’s part just may be the straw that breaks the camel’s back. Crown has fought tooth and nail to change its ways and remain intact, but the organization seems to be grasping at straws. Sometimes things are just too little too late.

The entertainment group has already lost upwards of USD$67 million in the past year due to both COVID-19 and the negative publicity accompanying this scandal. Without the ability to host gamblers, Crown Resort faces a long period of uncertainty.

While other deals are in the works to save Crown, dissolution may be the only option they have left. However, having just built a brand-new casino complicates things further.

Regardless of what happens to Crown Resorts, there is one important takeaway from this: you can’t trust local casinos just because they’re local. The reason Crown is in such hot water is that these issues have been ongoing for over a decade.

This whole ordeal will likely influence gambling laws in Australia, prompting tighter restrictions on these entertainment groups. Even so, the damage to Crown’s brand and its customers is irreparable. They’ve lost their trust.

That being said, offshore online casinos are typically less susceptible to these types of scenarios. Because of their legal offshore status, such online casinos are much more reliant on word of mouth and customer satisfaction than most land-based casinos. For this reason, such scandals would fully jeopardize their business.

There’s less wiggle room to swindle customers when you rely on them to do your advertising. This is why we are so dedicated to offering resources to help you find the most trusted online casinos.