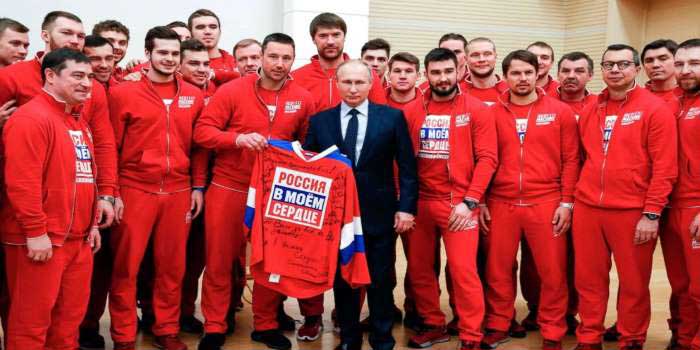 The 2020 Tokyo Olympic Games came to an end last Sunday with a beautiful closing ceremony. In the final medal count, the United States won with 39 gold medals, followed closely by China and Japan.

However, this year’s Olympics left Russia historically behind. The country placed fifth, a respectable position given the high stakes of the competition. Even so, Russia was wrought with shame.

The nation hadn’t placed that low in the Olympics in over a century, leaving many with the sentiment that foul play was involved.

“Russophobic” is the hot phrase surrounding the 2020  Games. This rhetoric has spread quickly throughout Russia, as commentators and government officials have both come out to publicly denounce the Olympics’ legitimacy.

These public figures certainly aren’t playing coy with who they think the culprit is. Aleksei Zhuravlyov firmly claimed that competing countries were just “a pack of Russophobic beasts, headed by the United States.”

Do The Claims Hold Up?

The root of such claims is the idea that the United States rigged the Games, successfully “stealing” two gold medals from the country.

But Russia wasn’t even allowed to compete in the Olympics this year. In fact, the country was instead represented by athletes competing under the Russian Olympic Committee (ROC).

The irony of it all is that Russia was initially barred from competing in the 2020 Games due to a state-sponsored doping scandal revealed in 2016.

As it stands, there is no evidence available that would confirm any sort of rigging by the United States. From this perspective, the Russians just look like sore losers.

But if there’s one thing Russia did legitimately place for, it’s the top country for revoked Olympic medals.

What Does This Mean for Bettors and Gamblers?

For online gamblers and sports bettors, the situation brings up a relevant point: how common is rigging in sports and gaming? While it may not have been present at the 2020 Games, we can’t doubt that rigging happens in other areas.

Although the practice is less common among sportsbooks, seasoned casino buffs know to look out for scammers. While there are places to safely play blackjack or slots games, they tend to be few and far between.

In many instances, US legal jurisdictions strictly forbid legal online gambling along with legal mobile gambling. The product of such legislation is websites with legit-looking skins that are legally unable to pay out winnings.

Because of this, we have curated an entire website of resources dedicated to helping you find a safe 18+ online casino to play at. Be sure to stick around and browse, you might learn something you didn’t know.