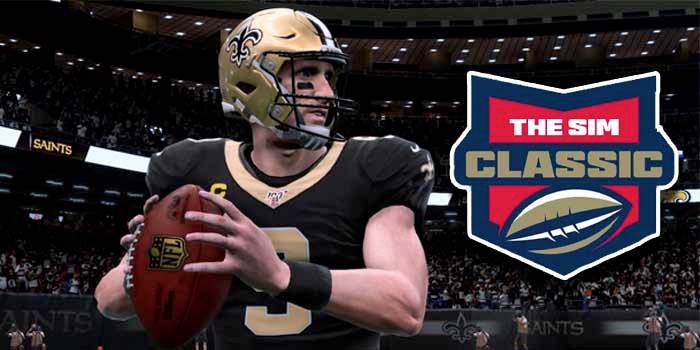 When it comes to setting trends and jump-starting new betting markets in the online 18+ arena, nobody does it better than Bovada. The industry often looks to their lead when considering new opportunities to offer on their sportsbook sites, and for good reason.

Their team of sports betting experts often come up with the best and most exciting angles to wager on the games we love. But what happens when the sports that we all admire are out of season? Bovada has gone all-in with their options for betting on video game sims.

Bovada’s Sim Classic tournament of simulated NFL games arrives just in time for eager football fans who have been hungry for something to wager on. Contests are occurring now, with the tournament concluding on May 24th when Sim Bowl Sunday will determine the champion.

The best part is, because of Bovada’s minimum age requirement, the Sim Classic is available to 18+ bettors to participate.

The software that is used to simulate the games is Madden 20, the same game that you can get off store shelves for PlayStation 4, Xbox One, and PC. The games are set to simulation mode and are not controlled by any human gamer.

Madden 20 is also the software used when betting on eSports for NFL games. eSports and video game simulations are very similar, with the most significant difference being a human component. Sims are CPU vs. CPU competitions, whereas eSports are controlled by human gamers.

These simulated NFL games can be seen directly on Bovada’s site or at the video streaming website Twitch. Sim Classic simulated game quarters are set to 15 minutes and are shown in their entirety.

Because of the length of the games, 18+ gamblers have the chance for live betting, with odds that are adjusted as the game progresses. Speaking of odds, here is a line one of the simulated games occurring later this afternoon.

As you can see, this line offers the same wagering opportunities that a real NFL game would. That’s because Bovada has designed the action to work that way and provide realistic betting chances that can last for the entire month of May.

When betting on the NFL playoffs, gamblers are used to a 12-team format that grants bye weeks to the top two teams in each conference. The Sim Classic involves every team in the NFL and is arranged like an international soccer tournament like the World Cup.

Because the NFL divisions are already broken up into four teams, they perfectly adhere to the soccer tournament format. Each division will duke it out to determine the top two teams in each grouping. Those two teams from each division will advance to the round of sixteen.

The final 16 teams will participate in a loser-goes-home tournament which will culminate on Sim Bowl Sunday when a champion will be determined. There are several Sim Classic futures betting lines that offer chances to wager on the eventual champion and more.

Because so much can happen over the course of the tournament, odds are in the positive for all teams involved, creating the chance for an enormous payout. The 2019-2020 Madden 20 NFL rosters are used for Sim Classic games, so that’s why the odds may seem a little off.

There are still two weeks left to get involved in the Sim Classic Tournament. Games are occurring often, and it doesn’t cost a penny to browse the action. There’s no good reason not to head on over to Bovada Sportsbook and see what the fuss is all about.