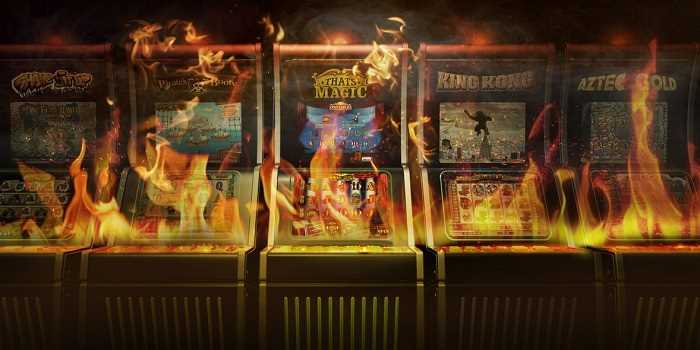 Here at Casinos18, we gamble online.

Not exclusively, mind you, but as near to exclusively as you can get.

While the occasional trip to Biloxi or the Vegas Strip is never turned down, the convenience of gambling at legitimate online 18 and up casinos is hard to pass up.

Convenience, after all, is king.

And, of course, so is selection.

Take a look at this headline from the UK’s Daily Echo:

But this wasn’t just a threat. The guy almost did it, and he wrecked the place in the meantime.

Per the report, 59-year-old Amir Abol Abolghassem entered the Genting Casino on September 8, sneaking in a five-liter bottle filled with gasoline.

The aggrieved gambler approached some roulette tables, where Abolghassem was able to gas them before holding a box cutter to his own neck while screaming that he was ready to torch the venue to the ground.

Per responding police, Abolghassem was in debt to the casino to the tune of £400,000, and he figured it was the casino’s fault.

“My life is done,” said Abolghassem, before adding that “places like this need to be burned down.”

“It is the defendant’s gambling addiction, the death of this mother and sister, his health problems, his loss of employment and the effect of lockdown that led to the very desperate state that he was in on the day that he committed the offences.”

To be clear, gambling addiction is a very real and serious problem for those who suffer from it, and help is available via many avenues. In the US, you can contact the NCPG or call 1-800-GAMBLER for assistance.

But here’s the thing: At the end of the day, Abolghassem put himself in this position through recklessness.

Anyone approaching retirement age who burns $540,000 at a casino – and who doesn’t have $540,000 to burn – is going to get pretty desperate. That’s a lot of money, and it’s a pretty impressive nest egg.

Now, there is some question as to whether Abolghassem actually had the money and deposited it upfront or whether the casino extended him credit to play.

Given the circumstances, the latter seems more likely. He may have also received funds from loan shark services or other proxies, which are notorious in many gaming districts.

One: Reputable 18 and up online casinos do not extend players credit. Ever.

You can only play with money you actually deposit, it’s impossible to go over your limit, and you won’t be blindsided with mounting losses that exceed what you’d planned to risk in the first place.

It’s not unheard of that a few unfortunate players have blown their life savings online, but it’s a much rarer occurrence because the online model guarantees that you can’t play with money you don’t have.

Two: As a player, when you gamble online, you’re usually going to be in a safe, private area.

This Abolghassem fellow put a number of patrons at risk because he targeted a physical casino venue. Had he actually torched the roulette tables, he might have killed someone – or several someones.

And even before that outburst, Abolghassem got things started by throwing a coffee table from a second-floor balcony into a common area.

He’s lucky nobody got hurt. But more than that, all the other players are lucky they came out of this experience unscathed.

In this crucial way, online casino gambling effectively takes you out of harm’s way.

While the vast majority of players enjoy retail casino games as the entertainment products they are, it is not altogether uncommon for the disgruntled to vandalize property, assault other players, and generally cause a ruckus when they lose.

If you’re in your living room gambling on your mobile device, though, that’s probably not going to happen.

And if you throw your iPhone through your TV, well, at least your neighbors won’t see.