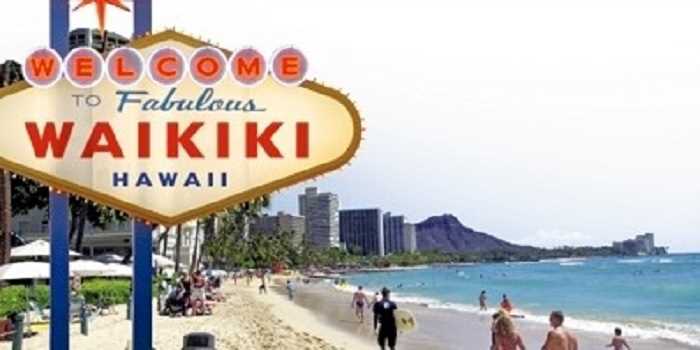 For the longest time, there have been two US states that – by everyone’s reckoning – would never allow proper betting or casino gaming amusements.

One of the two states is obvious: Utah.  You know, because Mormons.

The second such state, Hawaii, is logically far more mystifying.

After all, those volcanic islands constitute a major vacation hotspot with a massive service industry and an economy almost entirely based on tourism dollars.

The fact that Hawaii hasn’t been in the destination resort-casino vanguard for the last 50 years is completely baffling.

Yesterday, the Hawaiian Homes Commission met to review a proposed piece of legislation that would formally legalize casino gambling in Hawaii. The proposal currently limits this to Department of Hawaiian Home Lands (DHHL) property in Kapolei.

Kapolei, a planned community on the island of O’ahu (Hawaii’s third largest island and home to the famous capital city of Honolulu), is located on DHHL land, which is analogous to the tribal reservations in the continental United States.

DHHL land is reserved and held in trust exclusively for native Hawaiian peoples, and such property was earmarked with the passage of the Hawaiian Homes Commission Act of 1921.

Effectively, then, at least some legislators are seeking to implement the state’s own unique version of tribal casinos.

Of course, even as casino gaming in Hawaii is a no-brainer, the reason the issue is being broached now (instead of generations ago) is due to the destructive local impact of the 2020 coronavirus outbreak.

Hawaii is certainly not alone in this approach.

Per DHHL legislative analyst Lehua Kinilau-Cano, the new bill is being put forward:

“in order to address historic funding shortfalls to the Department made worse by the economic shutdown from the global pandemic.”

Now, it’s far from a sure thing that the legislation will be considered in the upcoming 2021 congressional session. State lawmakers have been historically antagonistic towards gambling for some inexplicable reason, particularly given HI’s reliance on tourists.

One argument against the approval of the gambling bill is that, ironically, it would somehow allow Native American tribes from the mainland United States to open casinos in Hawaii.

The rationale for this concern seems tenuous, as there are no federally recognized tribal nations in the islands. Native Hawaiians are categorized under a completely different set of parameters.

Why mainland Indian nations would be able to operate tribal casinos in Hawaii if gambling is legalized there is not at all clear.

“[American Indians] would see great revenues from gaming operations. And the Native Hawaiians would be left out.”

Again, this only seems possible if Hawaii actually had federally recognized Indian tribes within its borders, which is the first requirement necessary to establish tribal Class II and Class III casinos under the terms of the Indian Gaming Regulatory Act of 1988 (IGRA).

Still, the fact that such legislation is even being considered is a major step in the right direction.

The state doesn’t even have a lottery.

In fact, even social gambling – that is, private poker and card games among acquaintances with no entity acting as the house or taking a cut of the action – is against the law in the Aloha State.

This, clearly, is detrimental to the local economy.

In actual fact, Hawaii’s tourism industry stagnated severely over the last 10-15 years, suffering significant declines across the board as a result of airline and cruise closures, the devaluation of the Japanese yen, and the 2008 US recession.

While numbers have been getting better lately, 2020 saw a 90-plus percent reduction in travelers to the islands as pandemic lockdowns took their toll. In reopening to tourists for 2021 and beyond, Hawaii can’t just get back to work as if nothing happened.

Many people have changed their travel habits and spending habits thanks to the coronavirus, and it is unlikely that – at the flip of a switch – everything will just go back to normal.

If Hawaii wants to return to business as usual, the state will have to make some unusual revisions to its approach.

Installing legal gambling venues on the most popular island – right next to Honolulu itself – would go a long way towards meeting that goal.

To be clear, whether or not the casinos in Kapolei would allow residents of the state to enter and play remains to be seen (should such venues be legalized in the first place).

It is conceivable that the casinos would be limited only to registered guests of associated lodgings and various partner hotels, which is a common strategy used in many regions to keep locals from gambling in any real number where gambling might be viewed as socially destructive.

Additionally, it is a foregone conclusion that if Kapolei approves casinos on DHHL lands, the state will not allow such venues to host online casino gambling sites, and the legal age to participate would necessarily be set at 21 and up.

That said, you still have several legal options to gamble despite Hawaii’s domestic betting restrictions.

Any HI resident that is at least 18 years of age can gamble at any of several reputable international casino sites or 18+ online sportsbooks that operate outside of Hawaii and United States legal jurisdiction.

And while these gaming options will never contribute meaningfully to Hawaii’s economy like local domestic casinos would, it’s at least nice to have options.

Nevertheless, though we prefer the online gambling experience to brick-and-mortar casinos, we’re hoping that Hawaii says “Aloha” – and not “Aloha” – to legal domestic gaming.