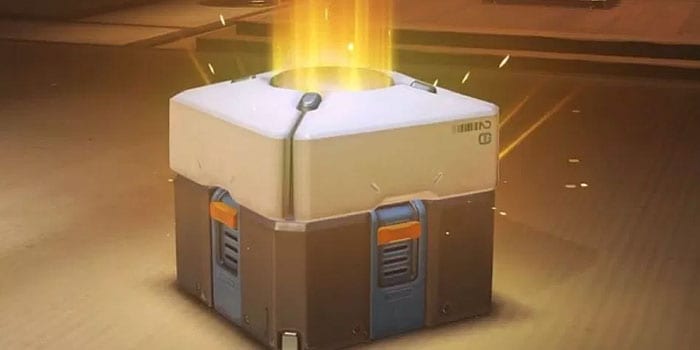 The loot box controversy continues, now with the United Kingdom pushing for the in-game purchases to be regulated as gambling.

If the United Kingdom does start regulating loot boxes as gambling and ceases sales to minors, what would that mean for players in the United States, including those that are over 18 years old but under 21, if the US also bans loot boxes?

The UK’s Digital, Culture, Media and Sport committee insists that by spending real money for a chance to get a particular item or reward is gambling, even if it is done through a video game without immediate cash value.

Members of Parliament believe that loot boxes should not be sold to children because they can expose younger video game players to adverse effects.

“Loot boxes are particularly lucrative for games companies but come at a high cost, particularly for problem gamblers, while exposing children to potential harm,” the MPs stated.

It is possible that the United States could follow suit if the UK marks loot boxes as gambling. If this does end up happening stateside, there could be many questions that would need to be answered for players.

The primary concern would be the required age to purchase loot boxes legally. In the United Kingdom, the common gambling age in 18 years old for most casinos, bingo halls, gaming centers, and racetracks.

However, in the US, each state determines its own gambling laws. In some states, such as Rhode Island, bettors are legally allowed to bet in casinos at 18 years old. In other places, such as Utah, gambling is not permitted at all.

Would 18+ bettors in certain states get access to loot boxes while other Americans could not? Some US senators are calling for a ban on loot boxes altogether, eliminating the issue outright.

Missouri Senator Josh Hawley proposed that games aimed towards children should not be monetized.

“When a game is designed for kids, game developers shouldn’t be allowed to monetize addiction,” Hawley says under his Protecting Children from Abusive Games Bill. “When kids play games designed for adults, they should be walled off from compulsive micro-transactions. Game developers who knowingly exploit children should face legal consequences.”

In Belgium, loot boxes have already been ruled to be in violation of gambling laws while China has restricted the number of loot boxes available to players each day.