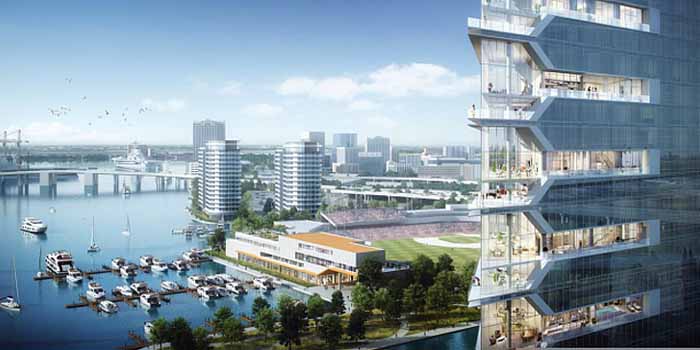 Virginia is just one of ten states in the USA without land-based casinos.

However, this could all change very shortly.

During their September 24 meeting, the Norfolk, Virginia City Council voted 7-1 in favor of a deal with the Pamunkey Native American Tribe to build a casino in the state.

The proposed casino would be built in Downtown Norfolk in the city’s Harbor Park area.

Since there are no casinos in Virginia, the state does not have a confirmed age requirement for such establishments. But based on the state’s gambling-related age requirement of 18 years old for the lottery, parimutuels, and bingo, Virginia could also allow casino betting at 18, too.

If the deal goes as planned and the casino is constructed, Virginia’s first casino would be monumental for all bettors, especially if 18+ players are permitted.

Without the Pamunkey Tribe casino, Virginia lacks any solid casino options. As there are no casinos in Virginia, Georgia, Tennessee, and Kentucky, the Mid-Atlantic region of the United States desperately needs a luxury-end gaming institution.

The proposed casino is just that.

Norfolk Mayor Kenny Alexander gave some of the casino’s details in a press release last week.

“[The casino] is not a stand-alone gaming facility, but a $700 million resort hotel casino and spa that will include at minimum 750 gaming machines, 25 gaming tables, a luxury hotel, at least three upscale restaurants, a 750-seat entertainment facility, and a waterfront promenade.”

Not only would the Norfolk casino give 18+ gamblers a much-needed haven, assuming that Virginia set the casino gambling age to 18 years old, but it would also give out-of-staters options.

For residents of Delaware, Maryland, and North Carolina, all states near Virginia that have their own brick-and-mortar establishments, the casino gambling age is set at 21 years old.

The Virginia Joint Legislative Audit and Review Commission will release a report in November that will likely provide insight into legalized gambling’s likelihood in Virginia.

Before the casino deal is finalized and the age requirement is set, Norfolk City Manager Chip Filer says a legislative session in the spring could be the deciding factor regarding commercial gaming in the state.

Until that point, 18-year-olds in the area can just hold their breaths.