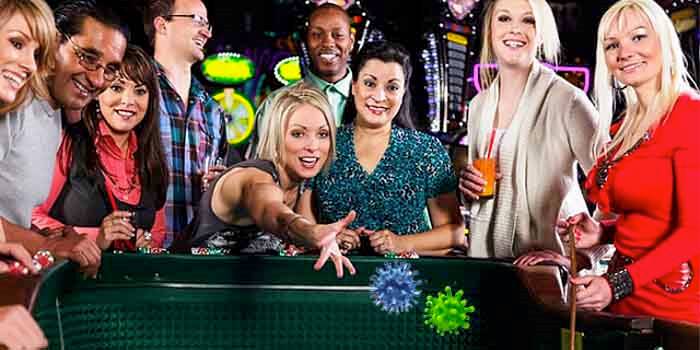 Medical experts are now predicting that the effects of the Coronavirus are beginning to level off, and efforts are being made by politicians across the country to take the first steps toward reopening the economy.

With territorial leaders scattered across the political spectrum, we can expect that some states will resume normal operations immediately while others will remain in isolation until COVID-19 statistics show that the pandemic is in full recession.

It should come as no surprise that Republican Governors favor reopening sooner than later. CNN is reporting that Georgia Governor Brian Kemp has declared that the state will begin its reopening process on Friday.

Unfortunately, there are no 18+ casinos in Georgia that cater to the under 21 crowd. Is there a Republican-friendly state in the USA that allows for 18+ gambling and is poised to reopen soon?

Out of the eleven US states that allow for 18-year-old gambling in some form, four of them have a Republican Governor in charge. Florida, Georgia, Idaho, and Oklahoma.

Of those Republican-controlled states, Oklahoma is the only one will a full bevy of gambling options available at land-based casinos with a minimum age of 18 to play. OK Governor Kevin Stitt has a plan in place to reopen the state beginning April 30.

“We’re [reopening] with the guidance of the experts, being data-driven. Based on what’s happening in Oklahoma, not what’s going on in a different state or different city.”

There is still no sign as to when Oklahoma casinos will reopen. It is not likely that Governor Stitt will declare gaming entities an essential business, and with COVID-19 death totals approaching 150, this decision has the potential to affect human lives.

Despite the intensity of the Coronavirus pandemic and the priority that has been placed on it by politicians around the world, casino expansion is still on the mind of Governor Stitt. The state has been embroiled in a lawsuit with several local tribes over a dispute regarding the termination date of gaming compacts.

On Tuesday, two of those tribes, the Comanche Nation and the Otoe-Missouria tribe, reached a settlement with the state and signed new gaming compacts. That still leaves ten tribes remaining that are attached to the pending lawsuit, but many involved are hopeful these first two agreements will pave the way for others to follow suit.

The new agreements have also allowed for the two tribes to offer sports betting via a physical sportsbook at their casino locations. Online options have not been detailed at this time, but part of Governor Stitt’s message emphasized the modern gaming industry and “future gaming markets.”

The future would clearly indicate the infusion of online options in-state, as each generation will adopt new technology, and web-based services are now in more demand than ever. If online gaming is permitted, will it be allowed by the state’s 18+ friendly casinos? That could depend on how desperate the economic situation in OK gets over the coming months.