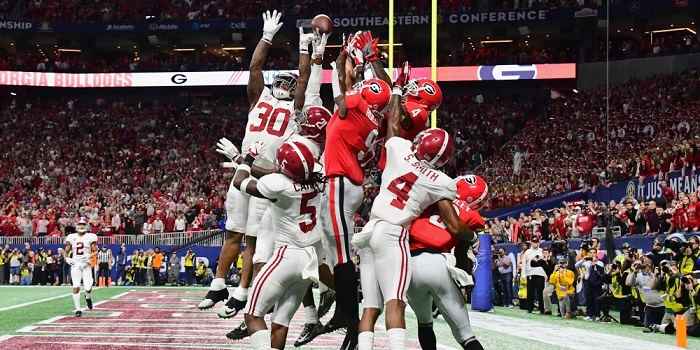 If you live in the American Southeast – particularly in Alabama or Georgia – you’ve probably been baffled by the lack of legal gambling in either state.

While GA has a lottery, there are no casinos – tribal or commercial – in the state, and AL doesn’t even have a lottery, much less a proper gambling house (and no, Class II tribal casinos don’t count – except to the bingo blotter).

And despite a massive sporting presence in both states, neither one has legalized domestic sports betting within their borders.

Thus, most residents either leg it to neighboring states (such as Mississippi or Florida) to play casino games, or they simply use legal 18+ online casinos operating internationally.

However, all that could finally be changing.

On Wednesday, Alabama Senate Bill 214 passed through the Senate Tourism Committee with a unanimous 11-0 vote.

This bill, should it become law, would legalize at least five brick-and-mortar Alabama casinos, as well as sports betting and an Alabama lottery.

The casinos would be located at the following venues:

In order for any of this to happen, however, SB 214 has to receive 60% support from both the AL House and the AL Senate, at which time it would go before the voters in the form of a ballot referendum.

The timeline for this is believed to be the November 2022 midterm elections.

And it couldn’t happen soon enough!

Per bill author and Alabama Senate President Del Marsh (R-Anniston), the legalization of the aforementioned would provide a major shot in the arm to the state.

The activities – in total – are projected to generate between $510 and $710 million in tax revenue each year, while also creating around 19,000 new jobs.

Funding earmarks for that revenue are the usual suspects: schools, scholarships, vocational training, STEM investment, and health care. Some funding would also go toward building out the state’s broadband Internet infrastructure.

While Georgia has a number of popular professional and collegiate teams – as well as a heavily populated metropolitan presence – the state has never embraced casino gambling.

Additionally, it has yet to seriously consider launching a sports betting market despite being legally allowed to do so since the PASPA overturn of 2018.

However, several GOP lawmakers in the state are pushing both issues, with horse racing thrown in for good measure.

The operative bills being considered are the following:

To be sure, this isn’t the first time in recent history that GA representatives have tried to get Peach State gambling off the ground.

But given the momentum the industry’s seeing in neighboring states – perhaps especially given Alabama’s changing attitude on gambling in general – 2021 could be the year that things finally get off the ground in a meaningful way.

The Savannah area is currently believed to be the most desirable region for brick-and-mortar GA casinos, though there has been no discussion of where the state’s three potential racetracks would be established.

Nevertheless, the state should make a tremendous amount of revenue by taxing the markets, and – if they nail their Internet sportsbook offering – they could even attract some GA residents back into the domestic fold.

However, for those under the age of 21, it is still likely that your only option for 18+ casino gambling and 18+ online sports betting will be the reputable international sites that operate outside of US jurisdiction.

Still, more options are always better, and we hope that both Alabama and Georgia make serious headway and launch these legal gambling industries sooner rather than later.