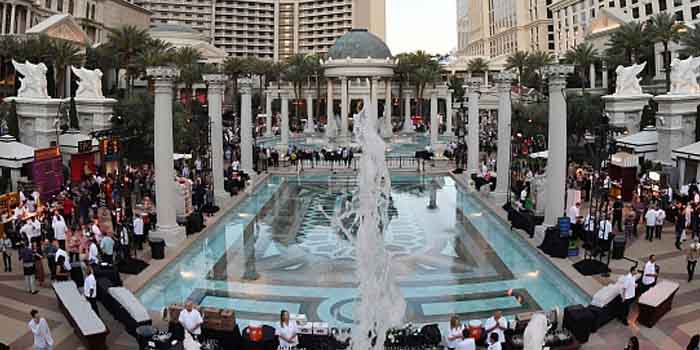 Caesars agrees to a 17.3 billion dollar cash and stock deal with Eldorado Resorts, which has put pressure on competitors such as Las Vegas Sands, Wynn Resorts, and MGM Resorts. The merger between Eldorado and Caesars must await stockholder and regulatory approval from multiple states such as the Mississippi Gaming Commission but will likely be completed by 2020. This deal follows Eldorado’s sell-off of several casinos to Century Casino.

Eldorado will take on Caesars outstanding liabilities and debt, including acquiring outstanding Caesars stock for $12.75 per share. Caesars shareholders will own 51% of the stocks while shareholders for Eldorado will own the remaining 49%. Caesars faced years of bankruptcy due to a poor takeover attempt during the financial crisis of the late 2000s and only emerged from this status in 2017.

The mega-merger has been a hot topic for investors regarding the history of the two casinos.

Both of the casino brand’s board of directors have approved of the merger. Caesars name will remain to capitalize on the brand’s legacy and name recognition.

Eldorado will enter into an agreement with VICI Properties, who also is involved in the Eldorado-Century Casino deal, to purchase multiple real estate assets from Harrah’s in New Orleans and Atlantic City for $3.2 billion. The merger will increase the brand’s combined portfolio to 60 casinos and resorts in 14 US states, thus becoming one of the most significant gambling ventures in the country. This is bad news for competitors but allows the two companies to face a new challenger together, online gambling operators.

Once merged, the new company will be headquartered in Reno, Nevada where Eldorado Resorts is based but will have a significant corporate presence in Las Vegas, Nevada. The merged company is expected to sell off several properties to avoid federal anti-trust issues. There are rumors some of these properties to be sold off may be from the Las Vegas strip.

In the meantime, until the merger is completed, both companies are expected to operate as normal as separate entities. Either way, Eldorado’s existing sports betting partnerships should would well with Caesars media, team, and league partnerships once the merger occurs.