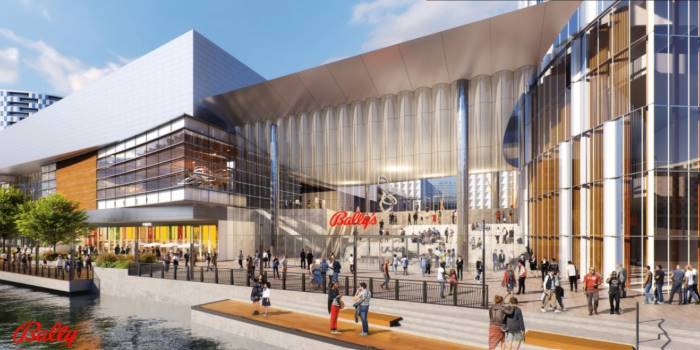 The Illinois 18+ casino landscape will soon undergo some serious changes as its capital city prepares to welcome its first brick-and-mortar casino. After pursuing a lengthy application process, the Chicago Mayor Lori Lightfoot has finally named a winner of the casino bid.

As of Tuesday, Bally’s Corporation is the city’s sole gambling licensee.

Details Of The Bally’s Proposal

In the running for the coveted spot were also Hard Rock and Rivers. However, Bally’s $1.7 billion casino proposal took the cake.

The company is expected to pay out $40 million to the city up-front. These funds will later be accompanied by another $4 million in annual fees, as well as 40% of all gambling revenues.

The figures are expected to total out at approximately $200 million per year for the city. Tax dollars from gambling will be allocated towards Chicago police and fireman pensions.

This development is the product of almost three years’ worth of legislative and regulatory efforts. Although Bally’s awaits final approvals from the City Council and state gaming board, several local lawmakers have spoken out in celebration of the company’s win.

Alderman Walter Burnett disclosed his support for Bally’s in a press release. The statement read,

“[Bally’s] will be a world class entertainment destination that provides jobs, boost tourism numbers and brings a host of incredible amenities into the 27th ward. This is a once in a lifetime opportunity for the city of Chicago and it will be a premier destination for generations to come.”

Bally’s latest project will still need a few years of work before the vision can be realized. Until the Riverwalk location gets the makeover it needs, the company will have to post up at a temporary headquarters.

Chicago 18+ Casino Officially In The Works

While the temporary casino will certainly fall short of what one would expect at a Bally’s site, players can look forward to a spread of 18+ slots and table games.

But if one thing is for sure, the final location will surely outpace Bally’s trusted online casino for 18+ players. With a 3,000-seat theater, as well as an outdoor park and music venue, the site is expected to become an all-out entertainment hub.

And everyone seems to be on board with the project. Well, except for those that live there.

A recent survey of River North Residents’ Association members found that 85% of respondents were against the development of such a massive gambling establishment in their neighborhood.

However, that dissent will be put to the test at a city council meeting on May 12th. The community engagement event will be held at the UIC Forum and is open to the public with prior registration.

There, residents will be able to voice any outstanding concerns with the proposal before it is sent over to state agencies.