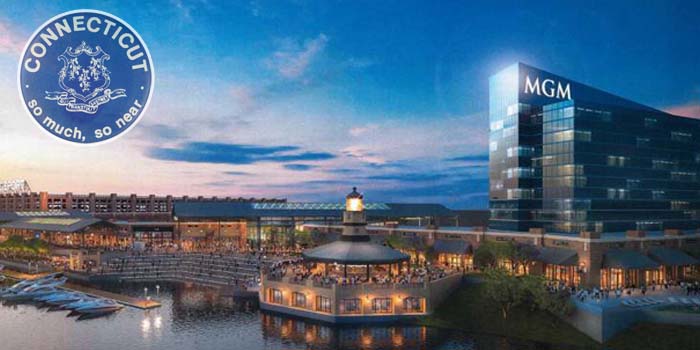 The Mohegan Sun and Foxwoods Resort Casino are two of the biggest casinos in the world. Now, it’s looking like the venues’ tribal operators could join forces to make the long-awaited third casino destination a reality in Connecticut.

On Wednesday, Connecticut lawmakers on both sides of the aisle announced a potential deal with the Mohegan Tribe and the Mashantucket Pequot Nation to break ground on a new casino site in Bridgeport.

If approved, the project would require a direct tribal investment of at least $100 million. A further $200 million is projected to be invested by private companies developing supporting markets around the Bridgeport site.

The proposed legislation would also allow the Connecticut Lottery to offer online ticket sales and iKeno gaming. The law would allow the Mohegan Sun, Foxwoods Resort, and future Bridgeport venue to operate sportsbooks both on-site and online. Internet-based gambling would also be legalized.

Despite strong bipartisan support, it will be an uphill battle getting the current plan passed into law.

Connecticut governor Ned Lamont (D) is not in favor of the proposal. Max Reiss, director of communications for the governor’s office, says that “[any] matter of such significance requires substantial involvement from multiple stakeholders, in particular the executive branch.”

Further, says Reiss, the plan needs to go further in achieving commercial consensus, as the state prefers “a global resolution that mitigates the likelihood of years of litigation.”

Such an agreement seems unlikely in the near term. And tribal exclusivity – largely preserved by the current legislation – is the chief issue.

When it comes to legalizing sportsbooks, the Mohegan Tribe and the Mashantucket Pequot Nation have been steadfast in asserting their exclusive rights per the terms of their compacts.

Sportech, which operates Connecticut’s 15 off-track betting (OTB) parlors, is threatening to sue the state if it honors the tribes’ exclusivity and locks Sportech out the sports wagering market.

On the casino side, MGM Resorts International has been lobbying the state for years to receive a license to build its own gambling venue in Bridgeport. While the company has not made any comments about these latest developments, they are a notoriously litigious brand. Legal challenges would be expected as a matter of course.

Still, neither Sportech nor MGM has quite the leverage with the state that the tribal nations enjoy. James Gessner and Rodney Butler – chairmen of the Mohegan and Mashantucket Pequot tribes, respectively – are pleased with Connecticut’s apparent commitment to their gaming rights.

“We’ve long believed that the best way forward for the state is to protect and preserve the historic partnership with our two tribes, one that’s generated more than $8 billion in revenue for Connecticut,” said the chairmen in a joint statement.

In the last fiscal year, the two tribes contributed roughly $253 million to Connecticut state coffers. This represents a profit-sharing agreement with the state that amounts to 25% of all slot machine revenue generated by the Mohegan Sun and Foxwoods Resort.

Any legislative action perceived as counter to the gaming rights established in the tribal-state compacts could result in a cessation of those annual payments.

While it’s not clear how much actual progress this legislative proposal amounts to re expanded Connecticut gambling, things are looking up for a potential 2020 launch for legal sports betting in the state.

And things are looking even better for the future of Bridgeport.