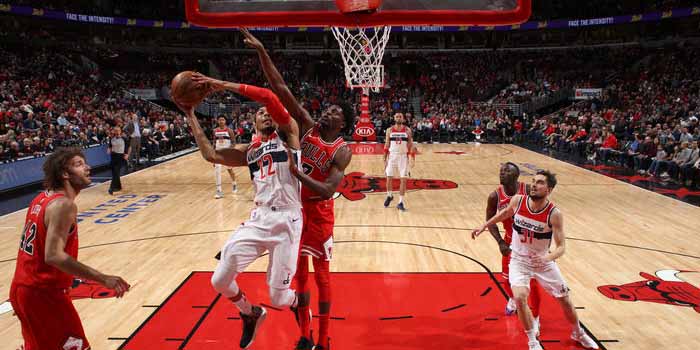 This cash-strapped state is desperately looking to remedy its funding and revenue woes, and lawmakers are not afraid to admit it.

While Illinois currently offers residents and state visitors casino gambling, horse race betting, and video slots many lawmakers are trying to expand Illinois’s gambling offers further with sports betting and online gambling. This would expand the existing range of options beyond the licensed 18+ online sportsbooks currently available to residents.

After the Supreme Court’s decision to renounce PASPA in May of 2018, Illinois was long expected to produce a gambling bill which would expand its offerings. However, a gambling bill has yet to reach the General Assembly floor in 2018 leaving Illinois to play catch with other states in the following year.

Illinois State Representatives Lou Lang and Mike Zalewski are strongly supporting the idea of bringing expanded forms of gambling to the state. The two are in agreeance, Illinois needs to act on this opportunity as its pension crisis and capital need increases.

However, Rep. Lou Lang believes lawmakers should take their time in crafting a new expanded gambling legislation as to not include taxes which are too high which would result in forcing operators and people to look elsewhere.

Legislators would need to thoroughly investigate how Illinois would operate this new market, choice of and how many vendors, and the allocation of tax revenue. While legalized sports gambling and online gambling would raise significant tax revenue for this cash-desperate state, Lang is only taking into account the legalization and regulation of sports gambling in his current bill drafts. He intends to introduce his bill to the General Assembly once they are seated in January of 2019 which he expects will be taken earnestly.

Lang may have a draft ready before next year’s Assembly but will not introduce any bills before next year. The congressman estimates sports betting revenue in Illinois could bring $50 million to $300 million to the state. However, CEO of gaming company Pala Interactive, Jim Ryan, predicts Illinois to rake in over $800 million if it were to legalize sports betting and online gambling.

Lang expects a package of gambling bills not only from himself but other interested lawmakers to be presented in January’s General Assembly some of whom intend to introduce provisions for online gambling including online sports gambling.

While previous talks of expanded gambling in Illinois included allowing new casinos and/or fantasy sports betting the focus has shifted since SCOTUS’s decision in mid-May. However, a key issue all the potential bills must be concerned with is ensuring they do not violate the Federal Wire Act.

Nonetheless, opponents of any expanded gambling have been outspoken on the issue including Executive Director Anita Bedell from the Illinois Church Action on Alcohol and Addiction Problem. Bedell claims a bill which regulates sports gambling or online gambling will simply magnify gambling addiction by allowing those who would not normally gamble to do so simply because it is legalized and condoned by the state.

However, not everyone in the general public feels this way as spokesperson for Fairmount Park Jon Sloane says the tracks support and welcome sports betting as it would increase jobs, race days, and revenue for the Park and everyone in the State Government.