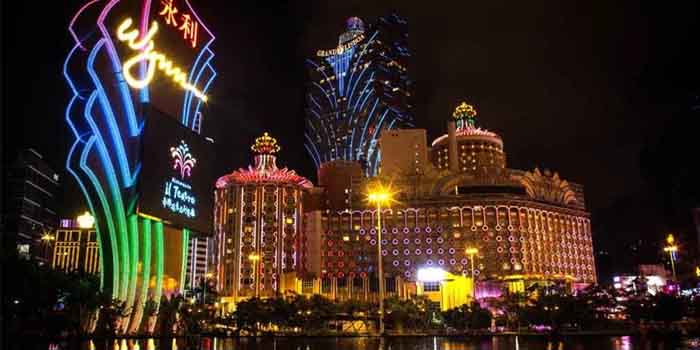 As the 2019 Novel Coronavirus (2019-nCoV), which originated in Wuhan, and reports of fatalities associated with the outbreak began to spread, the world’s largest hub of brick-and-mortar casinos has been forced into the dark indefinitely.

With a gambling revenue from its 41 casinos combining to bring in seven times more money than what the Las Vegas, Nevada casinos take in annually, Macau is often called the gambling capital of the world.

However, Macau—officially known as the Macao Special Administrative Region of the People’s Republic of China—recently suspended all operations and closed its casinos for 15 days after the city confirmed its 10th reported case of the coronavirus.

The announcement was initially devastating for the age of 18 and up casino gamblers in Macau, many of whom are tourists from other countries.

With in-person interactions at brick-and-mortar establishments completely off-limits, the top-rated 18+ online casinos have seen an influx of sign-ups since the start of the month thanks to the safety and plague-free platform they provide offshore 24/7/365.

And it looks like things could get even worse for those who are lovers of land-based gaming options.

According to Sanford C Bernstein Ltd, an austere group of British investment research scholars, global market analysts predict there is a “strong possibility” of an “extension of the shutdown order” for Macau casinos.

From the Bernstein research firm: “Forecasts for the near-term (i.e., first-half 2020) are largely guesses at this time, with the biggest variables being when casinos reopen, and even more importantly, when travel restrictions from China will be lifted.”

The Macau casino reopening target date was previously scheduled for February 19. Still, Chinese health officials have refused to comment on anything relating to the matter outside of continuing to monitor the coronavirus outbreak closely.

Stateside gambling executives speculated the Macau casino shutdown could last anywhere from two weeks or two months due to the lack of transparency from the Chinese government.

With the news of an indefinite “to-be-determined” closure, revered market analysts forecast a staggering 75% decline in gambling revenue for Macau during the month of February.

A best-case scenario would be for the shutdown to end on time, but even then, the numbers are bleak.

Macau casino operators are currently projected to bring in roughly $31.3 million in gross gambling revenue for the month if businesses start back week—far below the $113.3 million in revenue from February 2019.

During these troubled times, our thoughts and prayers are with the gamblers in Macau and all across China.

Hopefully, the coronavirus is exterminated sooner rather than later, but whether either turns out to be accurate, you can always bet on the 18+ online mobile casinos having your back during your “better safe than sorry” times of need.