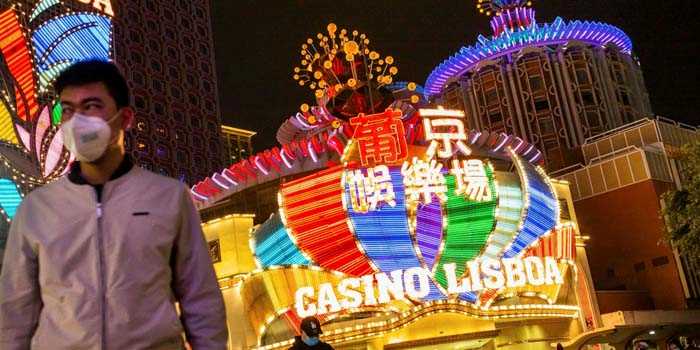 If there was ever a global gambling hub that could compete with Las Vegas, it is Macau. What was once a clear-and-cut safe harbor for Chinese patrons to play in-person casino games, is quickly collapsing at the hand of Government restrictions.

The Exhaustion Of An Empire

The crash has been a long time coming. COVID restrictions had already put a massive strain on casino revenues. But, in the past year, the country’s President rolled out new gaming regulations meant to reduce Macau’s reliance on gambling revenues.

This kind of change has not come without its faults. The local economy is reeling from the unprecedented setbacks. Daniel Cheng, a former executive for Hard Rock International, suggests that the damage is irreparable. He says

“Macau can’t expect normal services to resume as before. The Macau of old is a thing of the past.”

Unfortunately, new regulations mean slicing Macau’s gaming capacity by almost a third. Coming for games like slots and keno, the Chinese Government now requires Macau to cut its gaming machines down to just 12,000 by 2023.

Considering that the city hosted more than 17,000 gambling machines in 2019, the President’s orders come as a big ask. Still, casino owners will have to comply if they wish to remain in operation.

As a result, the situation in Macau has become a very unsavory scene. Getting ready for the year ahead, casino suppliers and operators have started packing up their shops in hopes of better opportunities abroad. Many have set their sights on the Philippines and Singapore.

Light & Wonder Inc is just one of the groups making a big move out of China. Currently, the company is preparing to transfer 30% of its employees to the Philippines. It also plans on sending half of its total inventory there.

“The Philippine market has become a dominant market in Asia, and it makes sense for us to put more staff there.”

The Move Towards Offshore 18+ Casinos

While gambling revenues in Macau have fallen by almost 90% since 2019, the markets in the Philippines and Singapore have grown exponentially.

And because these countries have gambling laws that are much friendlier than China’s, operators have a real chance at reviving their businesses.

With room to enter the offshore market, companies can still offer gaming options to Chinese gamblers. The Philippines, for example, is home to some of Asia’s most trusted online casinos for 18 and up players.

China is expected to continue rolling out gambling restrictions as Macau casinos near their license renewals. To keep up to date on this developing story, be sure to come back and visit us.