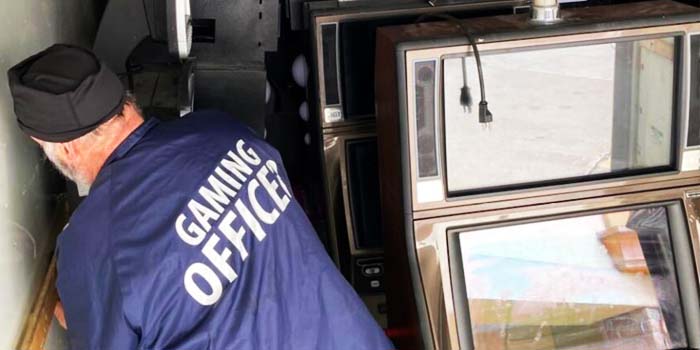 It isn’t easy being a gambling enthusiast when you’re under 21. While some 18+ US gambling states allow these players to hold their own in a casino, most regions go by bar rules:

Unfortunately, these restrictions often leave young adults at risk of going to shady, illegal operators for their fix. Just as the legal casino industry is booming in the US, unauthorized gambling houses are doing better than ever before.

To combat the onset of backroom betting and games, state authorities are getting involved and shutting these places down as they appear. However, finding these locations seems to be the hardest part.

If you think that all of this happens in the basement of some tiny dive bar or some dark and narrow back alley, you would be highly mistaken. Operators already wore out all of those options back in the 20th century.

Nowadays, these gambling rings tend to hide in plain sight.

While some of these places tend to disguise themselves as other types of businesses, others tend to reside in unmarked buildings off the side of rural roads.

For young gamblers that are new to the game, these casinos may seem like a great spot to sharpen their skills before taking on the real thing. Why not get some extra practice before playing legal real money blackjack or any other game?

The problem here is that there is no oversight to ensure that players are engaging in a fair game. State-licensed and legal offshore casinos are each subject to regular checks and audits. New players could be bleeding money from a rigged game and never know the difference.

Most state regulatory agencies don’t have the funds to dedicate a task force to find these kinds of shops. To help crack down on these kinds of establishments, many states have called upon the public to send in tips.

As a result, community vigilance has become one of these agencies’ greatest assets in the fight against illegal casinos.

The Cellular Vault and Cellular Bank were promptly shut down on Thursday after a search and seizure found evidence of unauthorized gameplay.

Between the two locations, investigators from the Michigan Gaming Control Board (MGCB) found 67 gambling devices as well as $10,000 in cash.

While the state has had much bigger busts in the past, this raid was significant in that it took down two of Flint’s longest-operating illegal casinos. The Cellular Vault has been in operation for upwards of four years.

Unfortunately, illegal US gambling rings don’t seem to be going away anytime soon. On the bright side, every one of these stories creates a platform to educate the public on finding the most trusted online casinos for 18+ players.

If you’re in the market for a new casino provider, don’t hesitate to use our site as a resource. The veteran staff of gamblers behind C18 has assembled several charts, pages, and comparisons to help you make the best decision possible.