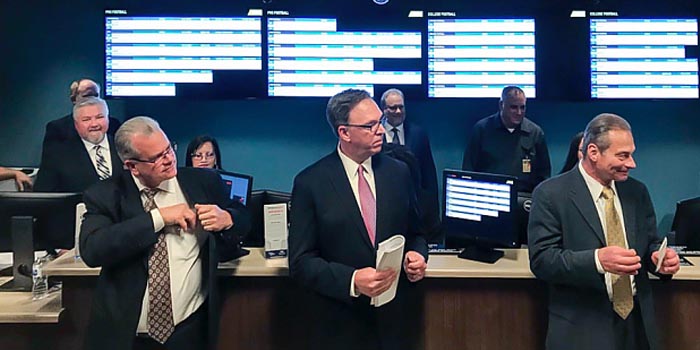 Hopes were high when Rhode Island launched its mobile casino application back in September.

However, the state’s mobile sports betting revenue has been well under the earlier projections and it could be due to a single hitch in the state’s registration process.

Although Rhode Island is one of the few states in the country with domestic online sports betting, including a mobile phone application and access to bettors 18 and over, the RI constitution requires sports gamblers to register their apps in person.

Once a prospective player downloads the application, they must then visit Twin Rivers Casino or Tiverton Casino– the only two casinos in Rhode Island– to have the registration completed by casino employees.

So far, an estimated 12,000 users have downloaded the application, but less than half have completed the in-person portion of the process to allow mobile sports betting.

Through September and October, the first two months of the application’s launch, the two casinos combined for a hold just over $3 million. The total projection for the same time period was $6.9 million.

If things don’t change soon for Rhode Island, the state will fall short of the $23 million projection for the 2020 fiscal year.

Despite virtually no competition in the area, RI is still not meeting its numbers. It is safe to say that the in-person registration could be playing a part in the dip.

Only Rhode Island, Nevada, and Iowa require bettors to register their apps in-person. Even Iowa is dropping that requirement by 2021, though. Other states, like Illinois, have received multiple criticisms of a possible stipulation in their state.

“If this requirement remains in place, it will severely reduce participation in online sports wagering by individuals,” gaming giant MGM Resorts wrote to Illinois.

The publicly-held gaming company continued to say that in-person registration would “further discourage established operators from entering the Illinois market, and undermine the State’s efforts to launch and generate revenue from online and mobile sports wagering.”

Hopefully for Rhode Island and its population of 18 and over gamblers, the low turnout it just part of a learning curve for the state, its casino