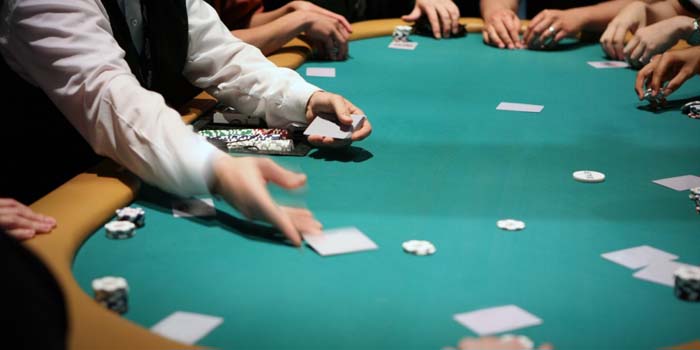 California’s 18+ casinos and cardrooms could be at risk of losing their businesses if voters choose to pass a prospective tribal betting measure this November. In response to the initiative, local officials from Central Valley have spoken out in public opposition.

Breaking Down The Initiative

The proposal, titled California Legalize Sports Betting On American Indian Lands Initiative, aims to regulate the operation of retail sportsbooks at tribal casinos. In addition to exclusive sportsbook privileges, the tribes would gain access to roulette and dice games.

For the most part, the measure would allow residents to dip their toes in the waters of wagering, while also securing a moderate cash flow.

However, the tribes’ proposed gambling laws do take some liberties of concern. One clause mentioned in the initiative would give the tribes greater authority over the state’s gambling regulations.

Too Much Tribal Authority

This responsibility has always been that of the state Attorney General. Given that California has always been a lenient legal gambling state, these kinds of lawsuits have often been few and far between.

Many fear that delegating so much power to the tribes could result in an abuse of authority in which cardroom operators are roped into endless lawsuits.

These feelings seem to be especially strong in the Central Valley area, a place that is home to almost 20 different cardrooms and gambling houses. Residents in this stretch of cities have, for many years, benefited from the revenues generated by these small businesses.

Local officials now suggest that an attack on California cardrooms could prompt severe economic impact, valued at up to $5.5 billion in damages.

Among them were Fresno Councilmembers Luis Chavez and Mike Karbassi, as well as Tulare County Supervisors Amy Shulikan and Peter Vander Poel.

All of the leaders made compelling arguments. But Vong Mouanoutoua, a Councilmember for the City of Clovis, closed the letter with a robust statement. He says,

18+ Casinos Accessible To All

California voters will review two sports betting proposals in November. Until then, the opposing parties will continue to poke holes in the others’ legislation. But that’s a good thing.

Californians should legalize domestic wagering in a way that benefits the community. Residents already have access to some of the world’s most trusted online casinos for 18+ players. If the taxes don’t add up, push for a better deal.

The only place you can do it is at the ballot box.