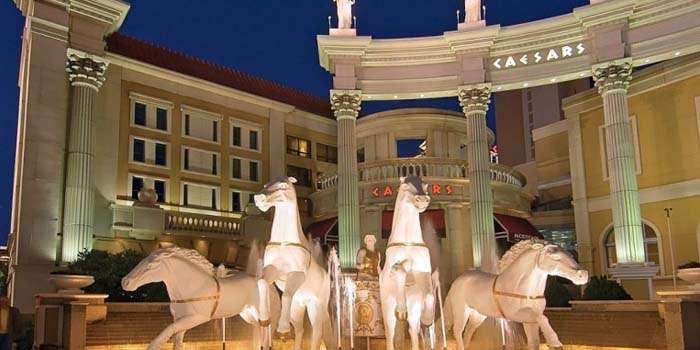 After three years of repeated setbacks, closures, and national catastrophes, industry members pooled together to demand new and equitable contracts. With an incoming recession, labor leaders prioritized one thing—money.

Strike Prompts A Change Of Tune

Union member Ruth Ann Joyce explained their position in a brief comment. In June, she said,

“Historically our fights in general have dealt with health care. This go-round, it’s about economics. We can’t find workers because there’s no money, and it’s hard to hold onto the workers we do have because they can go somewhere else and make more.”

The casino workers union targeted five locations: the Borgata; Caesars; Harrah’s; and the Tropicana. A strike was authorized on June 16th, giving the gambling houses just two weeks to negotiate a fair deal.

As some had already expected, the New Jersey casino operators held out until the last possible moment before eventually buckling.

Just one hour before the July 1st deadline, representatives from MGM Resorts International and Caesars Entertainment gave the contracts their sterling seal of approval.

Union leaders were able to secure immediate and significant raises for the casino staff at all four locations. Although the exact figures for the raise were not made public, workers seem to be satisfied with the deal.

Ronnette Lark, a housekeeper for Harrah’s, told reporters that the wage increases were substantial even for positions off the gambling floor. After receiving the news she said,

“I’m super excited, I’ve been here 24 years and we’ve never gotten a raise like this. We got big raises.”

And the fruits of this victory have spilled over to other casino workers across the city. At Bally’s and the Ocean Casino Resort, workers will receive improved contract renewals similar to those at Caesars and MGM-owned casinos.

These gambling houses preemptively protected themselves from the threat of a strike by signing “me-too” agreements. Now, they will have to comply with their promise.

Some were surprised by how quick retail casino operators were to agree on the contracts. American industries have historically punished those who threaten the establishment.

The Keys To Success

So what gives? Why did these gambling conglomerates budge so easily? Well there are a few reasons to take into consideration:

The first thing you need to know is that Atlantic City casino workers do not take a strike lightly. Previous employee strikes have resulted in months-long closures and, in some cases, complete casino shutdowns.

Games aside, retail casinos make money from resort stays as well as food and beverage consumption. Hospitality services are the bread and butter for any brick-and-mortar gambling house.

Knowing that the strike was supposed to start ahead of the Fourth of July weekend, it seems that MGM and Caesars agreed that the projected losses would be too great.

New Jersey is only the latest 18+ casino gambling state to see these kinds of demands from workers. With the success seen in Atlantic City, we anticipate that casino employees from across the country will begin to do the same.