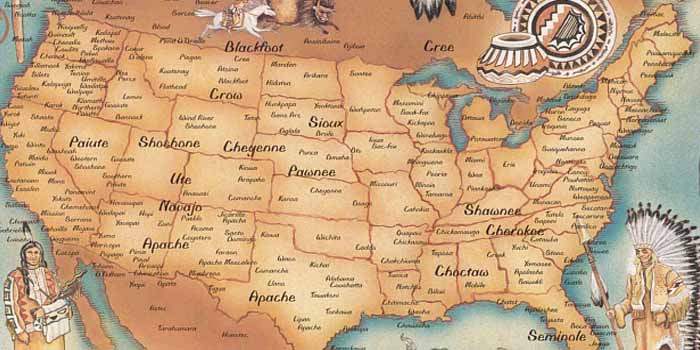 In the US, tribes can have a large say in the kinds of gaming operations are authorized and held within a state.

Several US states have legalized expanded forms of gambling with little to no worry about tribal influence in their politics. However, trying to pass expanded gaming legislation in states with numerous native reservations and most of the domestic gaming operated by these tribes becomes difficult and drawn out.

Oftentimes, tribes try to make sure any new gambling laws won’t cannibalize their game offerings or drive traffic away from their venues. Therefore, most tribes bid for expanded gaming forms to be served through their venues as a compromise, or if the state won’t play ball then not all. However, not all lawmakers and businesses want to operate this way for every new venture and form of gambling available.

Therefore, when it comes to the discussion of new and exciting gambling activities like sports betting, many states are held back with pending legislation in hand due to these negotiation talks that must be finalized between the state and tribes. There are currently thirty-eight states with pending sports betting bills on file several of them are states with great tribal influence.

Tribes that hold a monopoly over domestic gaming be it casino or bingo gaming can greatly influence local politics through campaign donations and heavy-handed involvement. In Northern states like Minnesota, twenty-one tribal-run casinos make up a majority of casino gaming offers domestically, and the tribes have given millions in donations to oppose wagering online. Oklahoma-based tribes the Chickasaw and Choctaw nations have donated over $5 million to candidates and politicians in Texas since the mid-2000s ensuring their political influence over a neighboring state’s gaming policies that can directly affect their market.

The religious sector of North Carolina is baffled a bill allowing betting and pari-mutuel wagering has sailed through Senate committees. However, it is not that surprising when considering that the Cherokee tribe in NC is the state’s top political contributor. Senator Jim Davis, a Republican, responded to the religious group’s concerns about growing gambling addiction with the fact that these tribal operations will bring in jobs to the poorer areas of the state.

Through contributions to policymakers and governors, tribes reserve political power when it comes to potential legislation directly affecting their industry. According to data released by the National Institute on Money in Politics, tribal governments in US states have contributed more than $114 million to state-level candidates and political committees over the last decade.

Some states were blindsided, like California and Florida, by previous decisions to allow amendments which now require expanded gaming to receive majority support via voter referendum. This makes being competitive with neighboring states more difficult, potentially driving away even domestic gambling dollars away.

The status of expanded gambling in the United States, particularly in certain states, is entirely dependent on the attitude of tribes toward each form of gaming introduced. Some tribes are for it while others are completely against it.

While this may seem like a pain, tribes are actually the biggest advocates for 18+ gambling and would likely be willing to allow 18 and up sports gambling, if they obtain some kind of monopoly on wagering in their states.