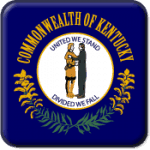 The Bluegrass State has a storied history of traditions related to horse racing, and although there are no Kentucky 18+ casinos, gamblers may enjoy the primary form of gaming entertainment here that some call the epicenter for the horse racing industry.

Known for its world-class tracks, this industry is as strong as Kentucky Bourbon itself and dates back to the late 1700’s. Today, Kentucky has become more than just an old frontier state as it has developed its own culture, music, way of life, and entertainment.

Some can argue that horse racing was perfected here as KY is known for its thoroughbred breeding, racing, and state-of-the-art performance testing. Not only that, no one can deny the influence the Kentucky Derby has had on the racing industry; this race began in 1875, is held every first Saturday in May, and remains the oldest running horse race in the United States.

While there are no casinos available in the Bluegrass state there remain other forms of legal gambling available for visitors and residents. Players, of course, may wager on horse running, trotting, pacing, and harness races against other players, enjoy instant racing which is an electronic historic horse racing machine found at racetracks, purchase multi-state lottery tickets like Power Ball, Mega Millions, and state-run lottery tickets such as the Kentucky Lottery, and participate in charitable gambling.

Casino gamblers have few options outside of these offers and usually travel to states with 18+ casinos to fulfill their gaming desires. However, players who are considering traveling to an out of state casino should read up on 18+ casino laws as this will give a general overview of the law, although casino gambling laws differ on a state to state basis.

Can You Gamble At 18 In Kentucky?

Young KY players may access all but one of the Bluegrass State’s gaming entertainment. Eighteen-year-olds may purchase lottery tickets at lottery retailers or online, participate in charitable gambling which includes pull tabs, bingo games, raffles and scratch-off type raffles, and wager against other players on horse races either at a live track or simulcasted at off-track betting locations.

Players that are eighteen are not allowed to gamble on instant races, otherwise known as historical horse racing machines which offer exotic wagers instead of pari-mutuel wagering as traditionally done for live races. While there are no casinos or poker rooms to be found in the Bluegrass State, players may access casino games and play poker through legal resources such as licensed offshore online 18+ casinos.

Is It Legal To Gamble Online In Kentucky?

Yes. There are no laws within Kentucky that specifically outlaw legal international online casinos, but rather target illegal Kentucky-based or US-based gaming sites. State-based gaming destinations must be regulated at the state level to be legal. For instance, Nevada, Delaware, and New Jersey all have their own regulated online gaming platforms for their state players.

The online gaming crackdown of 2008 in KY was triggered by unregulated gaming sites operating on US soil. However, players should not worry as licensed and regulated offshore internet gaming destinations are acceptable to gamble on; we even provide a list of reliable online casinos that KY players aged eighteen or older can participate on.

Bluegrass State players 18 and older may gamble for real money on casino games hosted by the online brands we provide below. Enjoy poker, sports betting, table games, specialty games, and slot options offered by these legal offshore gaming destinations. These recommended brands have personally undergone verification by our group of leading gaming analysts and specialists for the legality, quality, and security.

What Kentucky Casinos Are 18 and Up?

There are no KY land-based casinos that allow 18-year-olds to gamble in this state. This is because casinos are considered illegal in Kentucky. However, KY players who are 18 can play online at offshore 18+ casinos without the worry of violating state or federal laws.

Available Brick And Mortar Locations For Legal Gambling In Kentucky

Present-day Kentucky was once a popular hunting ground for tribes like the Cherokee and Shawnee, in fact, tribes often battled for the usage of the land as it was plentiful with wildlife and food. After European explorers began surveying and dividing the land, native tribes fought against them during the French and Indian War.

After the war ended, parties were able to fully explore the land. Kentucky or at least part of the region was purchased through the Jackson Purchase. This led to its eventual statehood and the settlement of the land by East coast civilians and European immigrants.

It is assumed that Kentucky’s love affair with horses began as soon as settlers from Maryland and Virginia migrated westward. Oftentimes, wealthy Virginians would import their large horses from Britain, these types of breeds would later become the standard for racing horses. By 1880, 92% of all taxpayers owned at least one horse. The average number of horses owned by a single family was 3.2. All the while, horse racing became ever more popular.

In 1750-1751, a surveying party led by Dr. Thomas Walker and Christopher Gist came to Kentucky. Exploration and expeditions would be delayed for 10 years until wars between the native tribes and the British and French European explorers settled.

In 1767, an expedition was led by Daniel Boone.

In the 1770s, a wealthy Virginia settler named William Whitley came to build his home in KY. This settler built the first ever racetrack in the region beside his estate.

By 1774, the first permanent settlement was built in KY by James Harrod. This would be called Fort Harrod which is located at present-day Harrodsburg.

In 1787, wide-scale or attraction-based horse racing in KY begins.

By the 1800s, KY’s constitution was written with heavy anti-gambling statutes as a way to curb lotteries which were often corrupt.

In 1809, a Kentucky Jockey Club began. Showing the popularity of the sport.

In 1891, KY banned all forms of gambling (specifically games of chance) with exception to sports wagering on horse racing.

In 1988, the Lottery Act allowed KY to establish its own state-run lottery.

In 2008, over 140 domain names ending with .com were categorized as gambling devices and seized by the state. It is assumed that because of the .com domain location that they were based within the US or Kentucky, thus making them illegal as they have no legitimate state or federal oversight and regulation.

In 2010, KY modified its definition of horse racing gambling to allow instant racing, otherwise known as historical racing machines. It was this same year that KY rejected a proposal to legalize casino gambling.

In 2012, Ellis Park did the same and installed historic racing machines on their track. Casino gambling was once again proposed but rejected by KY’s Senate.

By 2014, anti-gambling groups tried to state that instant racing machines were just slots and took an appeal to the Kentucky Supreme Courts. The courts ruled that this was not the case and that the Kentucky Racing Commission had the authority to install instant racing games.

In 2015, Red Mile opened a historical racing machine parlor on their track location.

Kentucky players can easily register to play on legal offshore gaming sites where they can access a wider range of games than those found within the Bluegrass State. Players aged eighteen and older can legally gamble real-money on various casino games from specialty games like keno and bingo, to table games, slots, and even dice games such as craps and roulette. KY players are not restricted from the types of gaming available to them and have full access to features like poker and sports betting.

What Is The Minimum Legal Gambling Age in Kentucky?

Kentucky’s minimum gambling age, as mentioned above, allows 18-year-olds to play the lotto, and participate in charitable gambling and pari-mutuel wagering on horses. 21-year-old visitors and residents can play on historical horse racing machines.

Is It Really Safe For Kentucky Residents To Gamble Online?

It is safe to gamble on legally registered and licensed internationally-based online casinos. Legal online gaming destinations must utilize secure technology and software to ensure player and casino safety. Of the brands we feature, every single one of them utilizes high-level data encryption, firewalls, anti-virus protection, and employ a 24/7 system monitoring division. These features are provided to certify a safe gaming destination for all players.

How Do Players Know If They Are Gambling On A Casino With Fair Games?

The only way players may know if a casino is hosting fair games is by reading through the casino’s policies which should state that they use Random Number Generation technology and comply with internationally set fair gaming standards. One this same page, players should be able to find the online casino’s licensing and fair gaming audits, this allows players to view who regulated and authorized their gaming license and if they passed a 3rd party agency’s fairness test.

All RNGs are tested for functionality and those that produce truly random results may receive their completed compliance audit. If a player is participating on a gaming site where they cannot find a single one of these items, then they should stop gambling on that site as it may be malicious and illegal.

KY players should only gamble on legal online casinos that serve their market. By this, we mean US players as most online brands do not host games for Americans. Opting out of serving the US market saves a lot of online brands from the hassle and ever-changing red-tape.

The few brands that adhere to the US gaming market regulations and requirements may only allow players from KY that are at least 21. KY players as young as 18 should only participate on 18+ casinos in order to not violate the casino’s set minimum gambling age and receive their full payout (online casinos usually verify your age before paying out). We provided a table full of legal online casinos that accept KY players as young as eighteen.

What Legal Sportsbooks Or Poker Sites Can Kentucky Players 18 And Over Access?

We deliver an easily accessible list below for KY players 18 and older interested in playing poker or betting on sports. These three resources provide specialized platforms for poker and sports betting but also provide their own casino game titles and capabilities. First-time registers can utilize special promo codes to enable deposit match bonuses and other game promotions such as reload bonuses, free chips, and various daily bonuses.