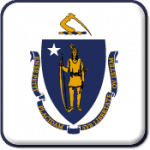 The Bay State is fondly known for its ivy-league University – Harvard, the Boston Celtics, but not Massachusetts 18+ casinos. Once part of the original thirteen colonies, this state played a key role in the development of the nation as a New England province, which is why the state’s other fond nickname is the Old Colony State.

Most of the historic buildings in Massachusetts were built on funds from private and public lotteries; most historians comment that MA’s engagement with lotteries dates back to the 1700s when lotteries were prolific. In fact, the Bay State went back and forth between legalization and prohibition on the lotteries until the authorization of the modern lottery in 1971.

In 2011, the Bay State authorized the building of three casinos and one slot parlor. The slot parlor was added to Plainridge Park creating the first state racino. Even more so, big name commercial companies have obtained 2 of the 3-available casino licenses and are in the midst of construction. The projected opening for these casinos is late 2018 and 2019.

However, during this time MA lawmakers proposed legalizing their own online gaming platform like the iGaming hosts found in Nevada, Delaware, New Jersey, and now entering 2018 – Pennsylvania. Therefore, an abundant number of casino gambling entertainment is headed its way for Massachusetts in the coming year(s). Many players from the Bay State will finally be able to gamble on casino games at a land-based casino-resort style venue.

There remains heavy opposition from MGM and Wynn on MA’s potential iGaming platform as it may cannibalize the emerging brick and mortar casino industry in the Bay State. For young players, the news is bittersweet as they cannot legally participate in Massachusetts-based casino gambling due to the state’s minimum casino gambling age being 21. However, there are plenty of legal 18+ online options for young players interested in gambling on casino games without having to wait until they are older.

Can You Gamble At 18 In Massachusetts?

Individuals are recognized as young adults in MA once they reach the age of eighteen. Young adults are permitted to gamble in these legal forms of entertainment: pooled wagers on horse races, lottery drawings and scratch-offs, and charitable gambling in the form of bazaar’s, beano, raffles, whist, pull-tabs, and bridge. To enjoy advanced and extended available forms of gambling players must meet the legal drinking age of twenty-one.

Players that are 21 can purchased pull-tabs from bars, play daily fantasy sports, board casino cruises, participate in poker tournaments at bars with no buy-in, and gamble at land-based racinos at the Plainridge Park Casino and soon to come commercial casinos by MGM and Wynn. For young players under 21, traveling to other states with 18+ casinos seems more ideal than waiting. However, there are other options online that young players can seek out.

Is It Legal To Gamble Online In Massachusetts?

Massachusetts players are permitted to gamble at legally licensed offshore online casinos. MA state laws do not forbid such actions and neither does the Federal government. However, both jurisdictions do provide laws prohibiting players from gambling on illegal, unlicensed, and unregulated gaming sites operating offshore and/or on US soil. US 18+ gaming laws often quote this online stance and cover more information on gaming at 18+ casinos in the states.

We deliver a key resource for young Massachusetts players interested in legally participating in casino gambling. While the Bay State law does not allow young adult players from accessing card games, dice, and table games there are a number of online operators that accept MA players 18+ and allow them to gamble on their various games and titles.

What Massachusetts Casinos Are 18 and Up?

MA casinos are not tailored for 18-year-old players, rather they restrict access to those players 21 and older. This means Massachusetts players who are not of age should only play available MA games or they can play casino games through offshore online 18+ casino sites.

The first introduction of Massachusetts into the history books was long before the Pilgrims landed on Plymouth Rock, in fact, the first recorded entry of the landmass was by an English explorer by the name of John Cabot who sailed along the Bay State coast. It would not be until the 1600’s that more explorers would map the coastline and arrive. During the 17th century, the Pilgrims, Captains, and names we all have learned of in early America’s history would come to be known. What first was a humble settlement quickly turned into a New England colony, then province, and finally a recognized state.

In the 1700s private lotteries were commonplace; however, the general public’s opinion turned and did not approve of these lotteries any more.

By 1719, the New England colony which would later become MA banned all lotteries.

In 1745, the colonial province of MA created a public lottery which assisted in funding the expenses of King George’s War.

By the 1760s, the Lords of Trade disapproved of the public lottery and put an end to it. This lasted until the resurgence of lotteries after the American Revolution.

In 1833, the MA constitution created a separation of church and state driving Puritanism outside of government. This helped relax some of the anti-gambling laws set by the previously instated religious government. However, lotteries were banned once again after gaining popularity after the war. Throughout the 1800’s the early industrial period began and European immigrants, especially the Irish, flocked to states like Massachusetts.

By 1932, after 100 years of no legal forms of gaming, a law is passed to allow bridge and whist to be played at charitable events by non-profit organizers.

In 1934, beano was legalized and included in the list of approved charitable games. This same year horse and dog race betting became legalized.

By 1943, beano became a banned game as racketeers were using charities as front operations.

In 1947, harness races were legalized.

In 1969, raffles and bazaars, or casino nights, were added to the list of approved charity games.

In 1971, beano had been re-legalized. It was also during this year that the modern lottery was approved of and created by MA.

By 1972, the Massachusetts State Lottery has its first drawing.

In 1998, the first casino cruise launched out of MA, it was called the Vegas Express Cruise.

By 2011, MA enacted the Expanded Gaming Act which was signed by then MA Governor Patrick Deval. This Act authorized three casino licenses and one slot parlor to operate within MA. Plainridge Park obtained the slot parlor license and created a racino.

In 2013, the first casino licenses were obtained by MGM and Wynn.

In 2017, MA created a committee to look into the viability of online gaming. Rumors state that MA is looking to provide its own legal state-based platform.

By 2018, the MGM Casino is expected to open in late September.

By 2019, the Wynn Boston Harbor Casino Resort is expected to open.

Our list provides the highest quality selection of online brands that serve the US market, specifically Bay State players who are at least eighteen-years of age. Young adult players from Massachusetts should utilize our guide to reach legal sources of gambling entertainment so they do not violate any state or federal laws.

What Is The Minimum Legal Gambling Age In Massachusetts?

How Safe Is It For Massachusetts Players To Gamble On An Online Casino?

It is extremely safe for MA players to gamble on legal international online gaming sites. These sites must hold current licenses, credentials, and certificates in order to be deemed as truly safe. Legal online casinos regulated by the international gaming community must abide by their laws which state that they must operate with a current license, comply with fair gaming practices, and utilize secure technology on themselves and every account registered on their site.

Our list contains known and reliable online casinos that hold high reputations for delivering the best and most secure gaming experience. MA players who venture beyond our list risk gambling on an illegal online casino which can violate federal and state law by either being located within the US, not employing secure profiles, or by not holding current licensing.

How Can Players Determine Whether Games Are Fair Or Not?

Legal online casinos always share their transparency by displaying their use of RNG technology and compliance certifications. These two are required for legitimate online casinos and those casinos that cannot display both, show signs of illicit activity. Illegal gaming sites disguise themselves as legal destinations frequently an often steal player information such as their identity and banking information. Only gamble on verified and recommended gambling sources.

Will Any Online Casino Accept Massachusetts Players 18 And Over?

No. Certain international online brands do not permit players from the US to gamble on their site. The few that do may require players to be a tad older, at least twenty-one. Our list above was generated by selecting brands that accepted MA players as young as 18.

Right here. We provide here specialized resources of gaming entertainment for poker and sports betting enthusiasts. Enjoy a wide variety of casino game titles, as well, generous bonuses. For these sites, players must be at least eighteen to participate in sports betting, casino gambling, and poker.